Founded in 1998, EUCLIDE INDUSTRIE - MECANAT Accuracy is specialized in machining of medium size products and in the full realization of industrial subassemblies.

In 2016, EUCLIDE INDUSTRIE – MECANAT has adopted a new production of 2200m² air-conditioned workshops, with a lifting capacity of 12.5 tons allowing it to produce parts in small and medium series for the industrial sector and in large series for the aerospace industry (1000 pieces per year).

The machining means EUCLIDE INDUSTRIE – MECANAT are composed of vertical lathes up to 2.5 m in diameter and machining centers 3, 4 and 5 axes and maximum 8.5mx 4m x 1,250m capacity.

Our method Technicians 6 / industrialization, are the privileged interlocutors of our customers (expertise, technical definition, programming, monitoring of cases …) 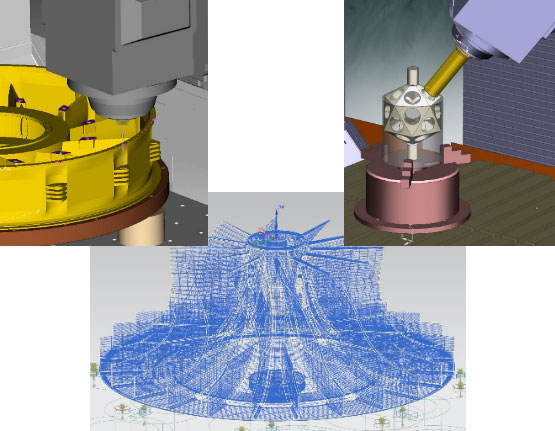